For us diversity and inclusion are the key to meaningful discussions. In this session we will bring amazing producers representing a balance across gender, geography and experience in the film and TV industry. We will host a powerful conversation with Golden Globe and Emmy Award-winning Hollywood producer, Janet Yang (Steven Spielberg’ Empire of the Sun, Milos Forman’ The People vs. Larry Flynt, Dark Matter with Meryl Streep; The Weight of Water directed by Academy Award winner Kathryn Bigelow; The Joy Luck Club; Fox’s High Crimes with Morgan Freeman; and most recently, the Academy Award-nominated animated feature Over the Moon for Netflix).

Chair: Lori McCreary,  is the CEO of Revelations Entertainment, a film and television production company she and actor Morgan Freeman founded in 1996 with a mission to produce entertainment that reveals truth. The duo first worked together on McCreary’s critically acclaimed Bopha! (Freeman’s directorial debut) in 1992. She is President Emeritus of the Producers Guild of America (PGA), founder of the PGA’s Motion Picture Technology Committee, and served as a Co-Chair of the PGA Awards.

This session will be taken in English / Italian with translation 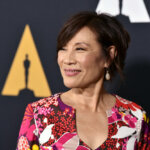