In conversation with Sandra Stern, President of the Lionsgate Television Group

Sandra Stern, President of the Lionsgate Television Group, will be protagonist of a fireside chat focusing on her career and experience as a key member of the Company’s senior management team for the past 18 years. She has helped guide Lionsgate’s television business to record-breaking revenue growth during nearly every year of her tenure and has been instrumental in tripling the size of its television slate, which encompasses dozens of series on a wide array of U.S. networks and platforms.

Lionsgate is coming off one of its most successful years ever with 13 new shows picked up to series and all eight of last year’s freshman series renewed for second seasons.  Lionsgate Television also has 15 premium scripted series in development, production or airing on STARZ.

One of the industry’s consummate deal-makers, Stern has innovated ground-breaking linear and streaming platform deals for iconic Lionsgate series including Mad Men (AMC), Weeds (Showtime) and Orange is the New Black (Netflix). She paved the way for Mythic Quest: Raven’s Banquet and Love Life to launch on streamers Apple TV+ and HBO Max, and she orchestrated a deal for Step Up: High Water tobecome the first original series for YouTube Premium before transitioning it to STARZ.

Stern was instrumental in the Company’s December 2016 acquisition of Starz and the majority investment in 3 Arts Entertainment.  She also brokered the deal with BBC Studios Los Angeles, a partnership that has already had two shows picked up to network series.

Stern began her career in the Columbia Pictures Television legal department, followed by a stint with the law firm Bloom, Hergott, Cook, Diemer & Klein LLP. She headed business affairs and international development at New World Entertainment, where she met Jon Feltheimer, and has worked with him for over 30 years, first at New World, then Columbia TriStar Television and most recently at Lionsgate.

A graduate of UCLA Law School, Stern is a founding member of their LEAD program and serves on the Board of the Law School’s Ziffren Center, where she also teaches. She is on the Board of the Saban Clinic, The UCLA Jonsson Cancer Center, and Center Theatre Group, and is active in the Rape Treatment Center and Big Brothers Big Sisters of Greater Los Angeles, who honored her with its Excellence in Mentoring Award in 2015.

This session will be taken in English / with translation in Italian 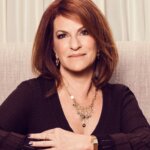